END_OF_DOCUMENT_TOKEN_TO_BE_REPLACED

Gray Souvenirs is a blackgaze brazillian project that can easily join the immortal hall of the genre. The project not only have an amazing sonority, with harsh guitar chords striking creative and beautiful synth lines – it has powerful vocals, intense melodic moments and interesting tempo changes. In less than a year GS counts three releases (besides a special loose track) wich shows a significative growing and the signals of a music that is here to stay.

Putrefactus, the very young man behind this wall of sound, was very receptive and kind along our contacts via FB. We talked about his various side projects, his creative process and about the future. More special: he give us, in first hand, a glance to the art and, with exclusivity, the first single of his next release, the album Serena. Putrefactus: Gray Souvenirs appeared when I won my first electric guitar – so we can say that it was born at the same day of my birthday, in february 4 of 2015. In the early formation the band counts with Skymning, wich leaves after the relese of Ventos da transcendência. In the beggining, I was willing to make a sound more focused in blackgaze/DSBM, but with the times my compositions get more to blackgaze, shoegaze and post-black metal, with strong influence of Alcest, Amesoeurs, Les Discrets, Lantlôs, Shyy and … (DotDotDot).

GM: Do you had any musical project before that?
Putrefactus: Yes, it was called Putrefolah, a depressive rock inspired by Apati, Happy Days and others.

GM: This project had some physical interaction or was only virtual? He rolled from when to when?
Putrefactus: Was virtual, had only one release called Fade Way Forever and lasted from june 2014 until february 2015, when I was 16 yo.

GM: Please tell us about the development of your musical taste.
Putrefactus: Since I was a child I never contented myself with the songs that were presented to me, I was always looking for more. I was introduced to rock by high school friends, by 9 years I was listening to Gun’s N’ Roses, Deep Purple, Bee Gees and other artists. But when I got older I went down the steps, if you know what I mean. I started to listen new metal ‘round 10/13 years, bands like System of a Down, Korn, Slipknot. Internet later introduced me to new bands and I was leaning to the power metal and symphonic black metal, so I started to listen Rhapsody Of Fire, Angra, Shaman, Sonata Artica and through these I met the first black metal bands, which I still love today, Dimmu Borgir and Cradle Of Filth. Then a magical road took me to the post-black metal/shoegaze, the genres that I hear more today, where are situated my favorite bands: Alcest, Deafheaven, Slowdive and My Bloody Valentine.

So, I took a pause and listened to Putrefolah loose tracks at YT.

GM: From what I researched this album was not officially released, right?
Putrefactus: Exactly. I think we did not have enough quality, despite having done with all care. END_OF_DOCUMENT_TOKEN_TO_BE_REPLACED

END_OF_DOCUMENT_TOKEN_TO_BE_REPLACED 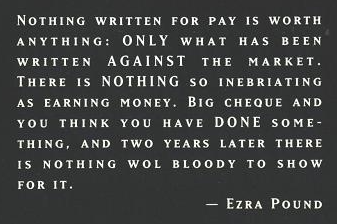